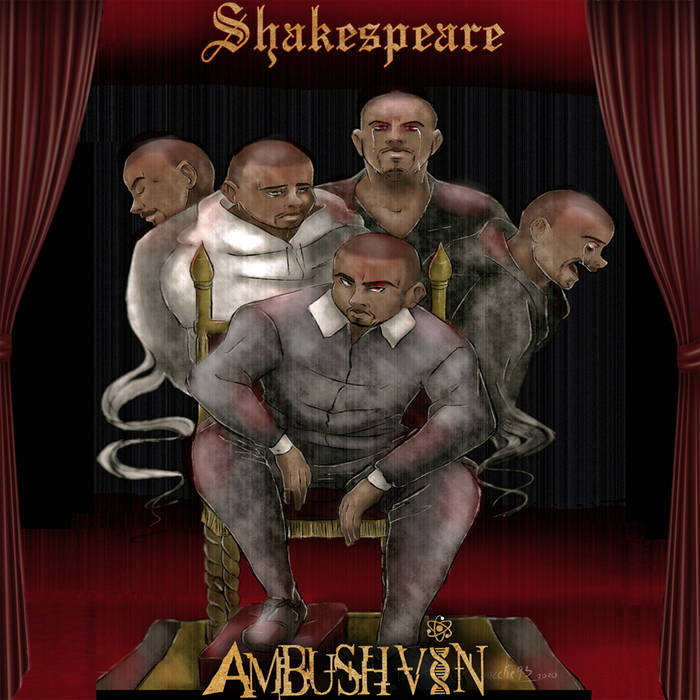 Have you ever experienced any type of loss? Whether it's divorce, a death, or a job loss, the path to healing isn't as clear, or easy, to most of us as it appears to be. For men in particular, we are expected not to express our emotions. To do so, we are told, is feminine and a total disconnect from our manhood.

In essence, the world is telling you to compromise your own mental health by holding everything in! There are so many men that end up in bad situations, because when they finally let out everything that they had been holding in for so long, it came out all wrong.

But, what if I told you that you can share your feelings AND still retain your masculinity? That's why I created the Shakespeare. I hope that my personal journey on each song through the Five Stages of Grief will help guide you to the ultimate choice: Your Happiness.

All tracks written by A. Gibson and recorded at The Warlock Laboratory

Mixed and Mastered by Jason Pamon
Artwork by Laura Liza

Ambush Vin scoffed at the notion that urban geeks can’t be taken as credible rap artists outside of niche genres, such as Nerdcore. He created Darth Prefectus, the original Star Wars-based track that urbanized The Force into a dark and grimy symphony.

His music became a reflection of the way he lived: urban and nerdy. This reflection led Vin to describe his brand of Hip-Hop as Sci-Fi Music. ... more

Bandcamp Daily  your guide to the world of Bandcamp

Cannibal Corpse's George "Corpsegrinder" Fisher stops by for an interview